Headquartered in Karlsbad in Southern Germany, GLP is a leading manufacturer of cutting-edge lighting technology equipment. When Udo Kunzler first set up German Light Products. in 1994, the Euro disco boom was still running at full tilt. The supply industry was wondering how to transition out of the scanner, helicopter and flower FX idiom that had dominated the genre, and move into the new world of moving yokes. Since then, GLP has expanded and has worked hard to become an established and respected brand, and in recent years has been at the forefront of LED technology in the use of entertainment lighting. 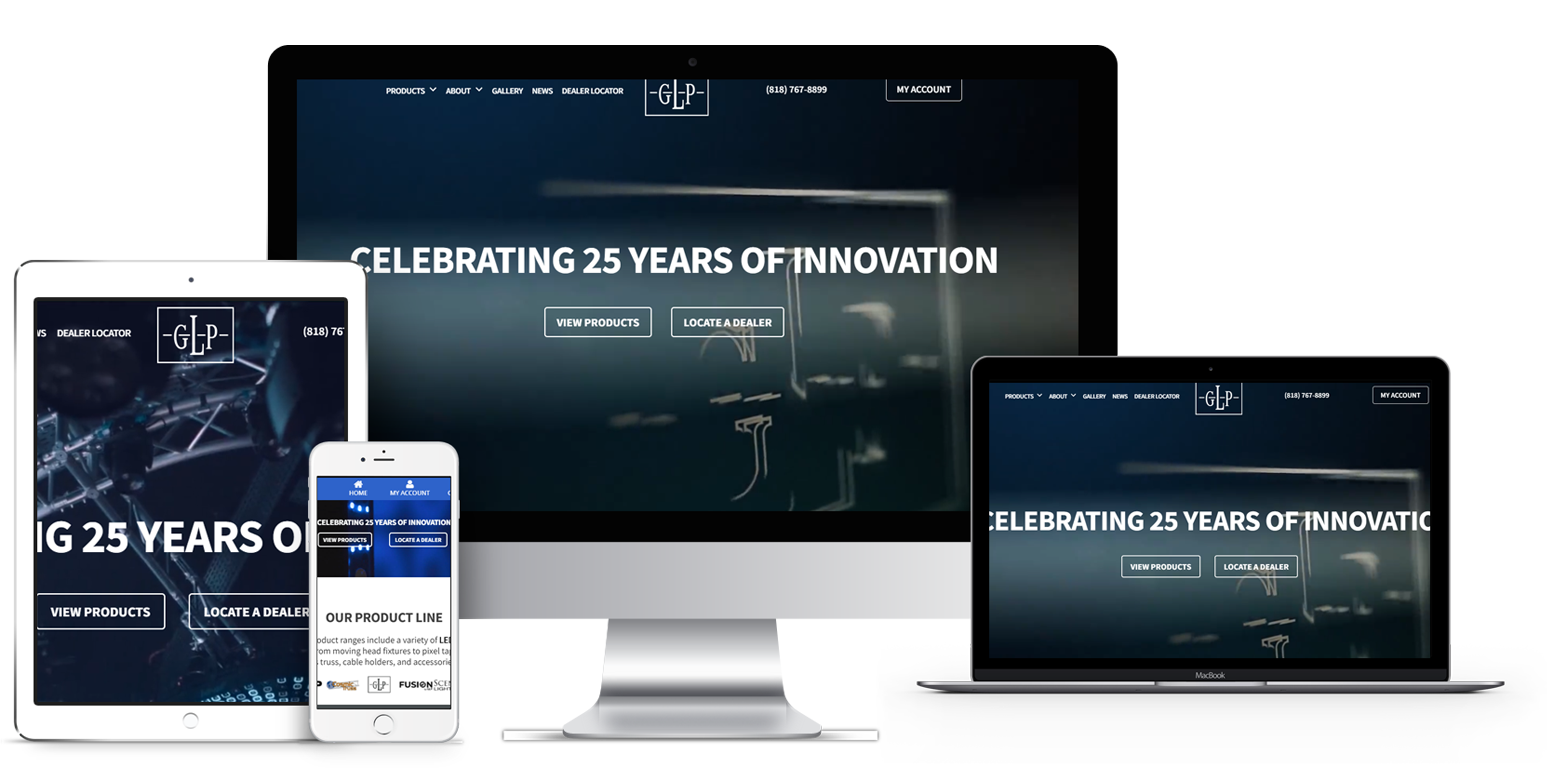 Redesigning this website from scratch on WordPress and ranking for generic short tailed keywords such as “Lighting Manufacturer”, “Lighting Distributor”, and “Lighting Wholesaler” on a nationwide campaign

This is new campaign, but we are already ranking a couple new keywords on the first page of Google.
Become A Case Study

If you have a project in mind, we'd love to hear from you